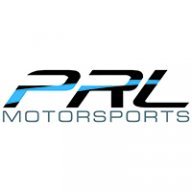 Now that our team has developed a rather extensive line of basic bolt-on parts for the 11th Gen 1.5T Civic (a High Volume Intake System is still in the primary development stages, we will be discussing at a later date), it's time to take a deeper look at other components to see where else we can unlock power. One of the first things that comes to mind is upgrading the factory turbocharger to increase airflow and efficiency. Though Honda has implemented quite a few new features to the 11th Gen's turbocharger (to be discussed) in comparison to the 10th Gen, we are confident that there is still more power potential to be unlocked.

In past years we have specialized in inclusive turbocharger kits for a variety of reasons, mainly due to the fact small-frame turbochargers limit extreme peak-power goals for the ultimate record-hungry enthusiast. However, with more manufacturers normalizing low-revving, small displacement, direct-injection engines with integrated exhaust manifolds, these once feasible goals are becoming increasingly harder to reach. Instead, we will be using all of the data and experience we've learned over the years and shifting focus towards a drop-in upgrade in an effort to develop a turbo that appeals to the masses. Yes, we will be using our experiences with the P600 and other drop-ins as a starting point. Yes, we understand longevity and reliability is critical. Yes, developing a high-power capable turbocharger is still at heart - we are a performance company after all. Our questions for the community are:

What features are important to you? What do you want to see with this turbocharger? What (reasonable) power goals do you have in mind? What purpose does your vehicle serve? Oh, and who's ready? One of the first steps in our product development process is determining the specifics and geometry of existing components in an effort to understand how/why things work. To do so, we disassembled the factory 11th Gen Honda Civic 1.5L Turbocharger to collect measurements and data. Fortunately for us, our team had a factory 10th Gen Civic 1.5L (Si) Turbocharger here to use for a side-by-side comparison. It is important to note that all 1.5L Turbo models for the 11th Gen Civic now use the same turbocharger part number. For those that may have missed it, checkout our Part 1 Blog Post!

Just like Honda's 10th Generation Civic Turbo platform, the 11th Generation's L15 utilizes an integrated exhaust manifold in its cylinder head. Because of this, the turbocharger bolts directly to the cylinder head. It is important to note that the 10th Gen Civic cylinder head merges all four cylinders into one exhaust outlet port. However, the 11th Gen Civic utilizes two exhaust ports, merging two cylinders in each port, much like the 10th Generation 1.5L Turbo Accord (the cylinder head castings are actually the same between these two models). This change was most likely done to increase turbocharger response and promote exhaust flow. A lot of folks have been referring to the factory turbocharger as a "twin-scroll turbocharger". However, after a quick inspection with the naked eye, we can see that this turbochargers is not a true twin-scroll turbocharger because the exhaust port divider only extends about 1" into the turbine housing inlet. This was most likely done to maintain response and exhaust flow from the dual-port cylinder head, effectively creating a "Tri-Y" system. Though we did not measure the factory turbine housing at this time, the 11th Gen Civic turbocharger appears to be a bit larger in all ways. We can speculate that this turbo has a larger A/R and Volute around the turbine wheel in comparison to the previous generation - we will dive into this further down the line. One of the first noticeable changes to the 11th Gen is its billet aluminum compressor wheel; the 10th Gen used a cast aluminum wheel. The 11th Gen's fins appear to be thinner in most areas (this is very difficult to accurately measure without scanning), and feature a smoother surface-finish, most likely to keep the weight down while increasing efficiency and response. Both generations use a 6+6 "split" 6-blade design. However, the 11th Gen uses a design referred to as "extended-tip" technology. Extended Tip wheels promote greater airflow, providing a faster boost response at lower engine speeds and increases efficiency at higher boost pressures. Basically, extended tip technology allows smaller wheels to achieve/amplify the benefits of smaller and larger wheels into one, compact design. This new turbocharger also has a different contour to the compressor wheel design, utilizing a more laid-over fin profile. Another notable change is the significant reduction in root size (about 24%), that is visually maintained throughout the entire root of the turbocharger. All of these revisions, including the increased wheel diameters, are how Honda was effectively able to increase overall efficiency of the 11th Gen Civic turbocharger. Looking at both turbine wheels, we can see that while both share a 9-blade design, there are still some very notable differences. One of the first things we can see is how much taller the 11th Gen Civic's turbine is - 20mm vs 15.5mm. We can also see that this new design features quite a bit more angle to its blades. IHI's turbine also utilizes extended tip technology, just like its compressor wheel. 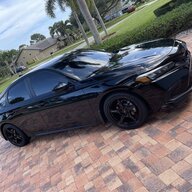