I was doing some recon on the 4s and found that the compound runs the risk of cracking if under duress (flexing) in cold weather. Below is a description from Tire Rack describing it for this particular model of tire.

That said, how do we (in the north) taking delivery in the winter, know that the tires are not cracked out (yes its funny haha) from transport through the cold weather. I just got a quote on all seasons for over $1k just so i can store this beast on a different set of tires. Messed up. Yep, however I did find on a different car I owned that short periods of time in as low as 30degrees F it did not cause cracking. Definitely need to change tire compound for safety if you are in cold climate. Bought Bridgestone Potenza 980AS for the winter driving.

I could be wrong but most high performance summer tires crack in cold weather, esp if you don't have a garage. I have Potenza Sports and they are showing signs of cracking in about a year of having them.
OP
OP

Im just wondering how Honda gets away with transporting them to the tundra without them getting jacked up? 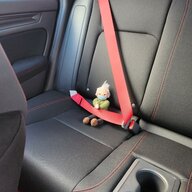 That said you folks in other parts of the country see temperatures that are unreal low temps. I would make sure you keep an eye on it and if you plan to put new tires on. Maybe try to get that thrown in. Worth a shot if they are going to adm that ass in any capacity.

These are the only option on stock rims that i could find.

That is all I saw too... I checked tire rack only.

I'm confident I'm going to go down to an 18 inch wheel. That will provide a few more options.

I can't say I have this all figured out because I certainly don't. I don't want to get rid of the stock wheels. I'm also not going to let those tires sit and dry out.

So I feel like my best play is to go for 18s and all seasons and then when the weather is 60+. I'll put the factory wheels and tires on and use them.

Sounds good in my head. Kinda.
I could be wrong...

Once you move down to a 255/35/R19 the all season tire size options become much more plentiful.

diameter increases slightly by 0.7”, no biggie. As for width, since they are all seasons the reduction of less than 1/2” of tread width is insignificant

Eh... By the time we get them. Global warming will have solved our problem.
I could be wrong...

The cars are hardly driven during transportation. I'm sure they're fine even in sub zero temps.

Were you planning to drive the FL5 in the winter? Just bring a set of winters/all-seasons to the dealer to put on. If not, flatbed the car to your storage location. 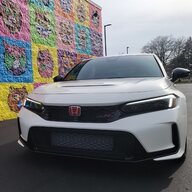 If its any help, when I owned my FRS, I once drove on my Michelin Super Sports for two weeks in mild subzero weather (25-32 degress) before I changed to my winter tires. Luckily there was no snow or rain during that period in November. As long as its dry and you're gentle with the throttle and turning, you'll be able to get to where you need to go. No cracking from the Super Sports, either. 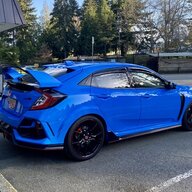 Atleast these are amazing tires though. I run those year round on my FK8 and love em. 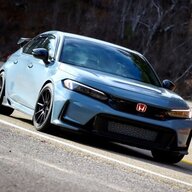 19" is an odd size and you'll also pay more for 19" tires due to them being an odd size (odd as in a non-standard size). Winter tire choices are going to be limited, same goes for 20". 18" rims or smaller would be recommended for Winter tires

chopsuey34 said:
If its any help, when I owned my FRS, I once drove on my Michelin Super Sports for two weeks in mild subzero weather (25-32 degress) before I changed to my winter tires. Luckily there was no snow or rain during that period in November. As long as its dry and you're gentle with the throttle and turning, you'll be able to get to where you need to go. No cracking from the Super Sports, either.
Click to expand...

The cracking being referenced isn't usually externally visible until the failure happens [AFAIK], as they're micro-cracks that occur in the structure of the tire, which will eventually cause failure. Summer tires do not function properly once their temperature drops <40F - summer tires have a chemistry that causes them to become sticky once at operating temperature, enhancing grip, however when used at operating temperatures <40F the rubber remains stuff and inflexible, resulting in poor grip and chattering (tire skipping across pavement from an inability to grip the surface).

It's simply dangerous to run summer tires at temps <40F and when doing so, the driver must be aware their stopping distances need to drastically increase at higher speeds, fast-cornering should be avoided due to risk of oversteer [fishtailing], etc. The same is also applicable to All Seasons in areas where snow and ice are common, as they're poorly designed for snow and ice, whereas Winter tires are for snow and ice exclusively (the tread of winter tires remains soft and flexible below 0F, so soft you can literally push your thumb into the tread)
Last edited: Nov 28, 2022
You must log in or register to reply here.
Share:
Facebook Twitter Reddit Email Link
Top