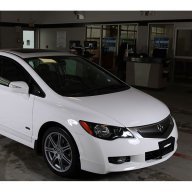 Maybe these aren't the best photos for this comparison but does anyone know what the differences are between meteorite gray and modern steel ? I could be slightly colorblind too but they seem pretty much the same no? Top is the 11th in Meteorite Gray metallic, the middle is the 10th Modern Steel metallic Si sedan, and the bottom is the 10th Polished Metal metallic hatchback. I've tried to ask his question in the 10th threads a while back but no one seemed to know either. 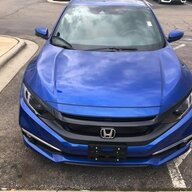 Ok, so admittedly they are pretty close, the differences are subtle, and basing it off pictures with different lighting isn't the best way to go about it but... meteorite gray is probably closest matching to the polished metal metallic. Modern Steel had a warmer undertone giving it a more neutral gray effect. Modern steel had more of a cool tone/blue undertone to it. Meteorite gray (at least from the pic) also has this cool undertone, but more of a purple than blue. I also think that (despite the pictures) meteorite gray is darker than both modern steel and polished metal taking on a something closer to a graphite color in person (based on other pics I've seen).

There could also be subtle differences like the size of the metallic fleck in the paint that isn't evident unless you're looking at them super close. Mostly, I think Honda wanted to scale down on the various gray offerings (possibly this was due to the different manufacturing origins of each model, different suppliers, etc) and thus chose a single metallic gray that straddled the line between the two, possibly.

Seeing all three next to each other in the same lighting would probably make the differences more evident than separate pictures will ever be able to convey. 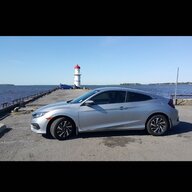 Meteorite Gray is definitely darker than Modern Steel with more of a blueish tinge in overcast conditions from what I've seen at my local dealership.

My Modern Steel almost looks like there is purple somewhere in there. There is some sort of something going on.
.

Modern Steel Metallic was what I wanted on my 10th gen Si but couldn’t find it anywhere near.

Is it fully gone? Does the Si ever have colors that aren’t on the other models?
OP
OP

Yeah I heard the modern steel has some blue and purple tinge to it, as opposed to the straight up polished metal metallic which is more of a true gunmetal color. But that last two photos uploaded by steve of the meteorite gray is stunning!

RobbJK said:
meteorite gray is darker than both modern steel and polished metal taking on a something closer to a graphite color in person
Click to expand...

I have a Modern Steel Metallic Accord and the Meteorite struck me as much more graphite looking than MSM, in person, as well. 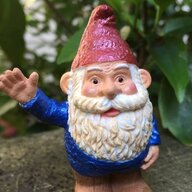 That really looks good in the sunlight!

I Have a 2017 Polish Metal and for my side, I see green shades on it...especially during cloudy days.

Here's a Polished Metal in morning sun from a few days ago. Definitely lighter and more brownish tone than Meteorite

@Steve182022, Excellent comparison photo! I've put both the Meteorite Grey Metallic and Polished Metal Metallic together and yeah you're right it does have a more brownish tone. I could've sworn the older polished metal was more gunmetal than meteorite! The meteorite is sexy!! Wonder if it will be offere on the Type R?